Vasai-Virar has become the most populated area & is also a part of Mumbai Metropolitan Region (MMR). According to the 2011 census, it is the 5th Largest City in Maharashtra.[3] It is located in Palghar District, North of Thane District & is located on the North of Vasai Creek. 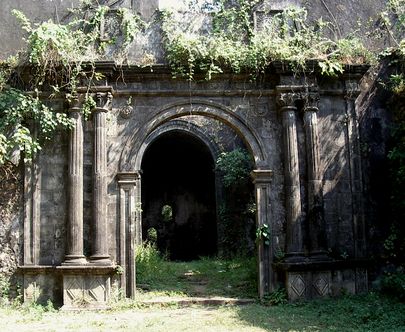 Vasai-Virar, formerly Bassein or Vasai, city (municipal corporation), western Maharashtra state, western India. It lies on the Arabian Sea coast north of Mumbai (Bombay).[4] Vasai town was part of the territory of the Hindu Devagiri Yadavas until 1317, and it later became a seaport for the Gujarat Muslim kings.[5] In 1526 the Portuguese established a fort (now in ruins) and trading station at Vasai, and the town became famous for its shipbuilding industry.[6]

The Portuguese with their naval power and their crusading valor were unquestioned masters of the Indian Ocean. When the Portuguese arrived, Vasai was under the rule of Bahadur Shah, the Sultan of Gujarat.[6]

Virar which is a part of Mumbai city in Maharashtra is located in the district Thane. This region of Vasai-Virar is popularly known as Vasai Taluka and lies between East 72.480 to 72.540 Latitudes and North 19.240 to 19.280 Longitudes. On the eastern side of Vasai Taluka lie Bhiwandi and Wada Talukas while western part is the home for Arabian sea. Vasai is separated from Palghar Taluka by the Vaitarna River on the north. At the south, Vasai Creek separates it from the Thane mainland.

Vasai Taluka has two sea ports which are quite small in size. One of the ports is located at Arnala in the North and the other is situated on the South. In the past, Vasai – Virar region used to be a small island port which consisted of the regions of Agashi, Bolinj, Umrale, Sopara, Juchandra etc.

Vasai creek was connected to the Ulhas River which made it possible to create a communication network between Agashi and Thane through water way. As per the findings of the Archaeologists, Sopara once used to be an important sea port of the Western India. It has also been found that during Ashoka period trade flourished from Sopara to Cyelon. With office premises shifting from south Mumbai to the city’s western suburb and rehabilitation of slums going on full swing, the Vasai-Virar region in Thane district has emerged as a preferred destination for affordable housing.

With a growing population of more than 1.2 million residents Vasai -Virar is the fifth largest city in Maharashtra. Spread over 383 sq km of massive land, including forest cover and hilly terrain, it is governed by the Vasai – Virar City Municipal Corporation (VVMC).

Vasai-Virar City Municipal Corporation, (VVCMC) is the civic body that governs areas and villages in Vasai-Virar tehsil in Maharashtra state, western India comprising the most populated part of Palghar district. It is an extended suburb of Mumbai. According to the 2011 census, it is the fifth largest city in Maharashtra with a population of more than 1.3 million. The city is located 50 km north of Mumbai, on the north bank of Vasai Creek, part of the estuary of the Ulhas River. It was formed on 3 July 2009 by combining four municipal councils and 53 gram panchayats.

Vasai-Virar City Municipal Corporation started its own transport service on 3 October 2012 in association with Bhagirathi Transport Corporation Pvt Ltd, known as VVMT. It operates a large number of bus lines in the Vasai-Virar city. VVMT also plies its buses in Vasai-Virar villages. It also has operation outside city limits into neighbouring city of Mira-Bhayander, Thane City & Mumbai City. VVMT bus ply from Vasai to Thane & Vasai to Mulund.

Sahakari Bhandar is located at Shop No. 8 to 18, Padmashree CHS Ltd,Opp St. Francis School, 401 202, 100 Feet Rd, Vasai West, Navghar, Vasai West, Vasai-Virar, Maharashtra 401202, India, we aim to offer all our customers a great experience with Sahakari Bhandar and we would be happy to assist you with any questions you may have.

Dattani Square Mall has all types of shops and stores to meet all their customers’ needs. It has a saleable area of 2,00,000 square feet. The mall has brands, cafe, food court, cinemas, shopping, restaurants, entertainment, kids activities and events. The mall provides a world-class lifestyle and shopping experience under one roof. Dattani Square Mall offers a lot of food options. The mall has ample parking space.

Miraj Cinemas is one of the best places to watch a movie in Vasai Virar. It has been providing a unique culture, a passion for cinemas and entertainment along with quality and excellent work for many years. It provides the best visual experience and comfortable seats. The theatre is filled with advanced technology system. They work hard to maintain the superior reputation of customer service. It also offers a good variety of food items with good quality.

VVCMC Tamtalao Lake and Jogging Park is a large attractive open space with trees and well-maintained grass areas. It is an excellent place for informal games and picnics. A large play space is offering a wide range of play experiences designed for teens and juniors. The park has outdoor fitness equipment, multi-use games space for tennis and basketball, fountains, outdoor picnicking and walking trails.

they are one of the finest eye care hospital in Vasai. They have advanced ophthalmic equipment’s, well equipped OT and experienced eye surgeon. They perform cataract and other eye surgeries at affordable prices. Patient care & treatment is their top priority. They also provide spectacles at affordable prices. You can come to them about any eye conditions, and they can solve your queries and eye problems. They perform simple and laser cataract surgeries, pterygium surgery, chalazion excision, eye foreign body removal, and detailed check-up of the eye, including the retina.