Kalyan-Dombivli is a twin city and it comes under Mumbai metropolitan region and it’s a municipal corporation with its headquarters located in Kalyan in Thane district in the Indian state of Maharashtra. It was formed in 1982 to administer the twin townships of Kalyan and Dombivli. Kalyan has a history of over 700 years.

The government of India recently announced five cities of Maharashtra state for smart city project. Kalyan-Dombivli is one of them. The other four cities are Aurangabad, Nashik, Nagpur & Thane. 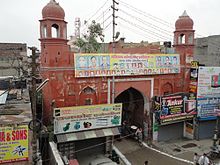 The city of Ghaziabad was founded in 1740 A.D. by Ghazi-ud-Din, who served as a wazir in the court of Mughal emperor Muhammad Shah, and named it as “Ghaziuddinnagar” after his own name.[10] The name “Ghaziuddinnagar” was shortened to its present form, i.e. “Ghaziabad” with the opening of the Railways in 1864.[11][12][13][14] During the Mughal period, Ghaziabad and especially the banks of the Hindon in Ghaziabad, remained a picnic spot for the Mughal royal family.[12]

Establishment of the Scientific Society here, during the same period is considered as a milestone of the educational movement launched by Syed Ahmad Khan.[15] The Scinde, Punjab & Delhi Railway, connecting Delhi and Lahore, up till Ambala through Ghaziabad was opened in the same year.[16] With the completion of the Amritsar-Saharanpur-Ghaziabad line of the Sind, Punjab and Delhi Railway in 1870, Delhi was connected to Multan through Ghaziabad, and Ghaziabad became the junction of the East Indian Railway and Sind, Punjab and Delhi Railway.[17]

Ghaziabad, along with Meerut and Bulandshahr, remained one of the three Munsifis of the District, under the Meerut Civil Judgeship during most periods of the British Raj.

District Ghaziabad On the western edge of Uttar Pradesh, is located between Ganges and Yamuna, the two main rivers of the country, and between 770 to 780, Eastern Longitude and 280 to 290 North latitudes. The boundaries of this district are in Meerut and Baghpat in the north, Gautam Buddha Nagar and Bulandshahr in the south, Hapur in the east and cross Yamuna river in the west and meet the boundaries of Delhi region and Haryana. The size of this district is rectangular. The boundaries of the district are almost equal in north-south and east-west. Its longest length is 40 kilometers in the east. This district is one of the developed districts of Uttar Pradesh and its boundary is well connected through the national capital of Delhi. Due to well connected from Delhi, the main road of entry into Uttar Pradesh, Ghaziabad is said to be the gateway of Uttar Pradesh. The Geographical Area of District Ghaziabad is 777.9 sq km on the basis of 2011 census.

Although connected by railway since 1865, it was not until 1940 that the first modern industry appeared in Ghaziabad. However, it was in the post-independence period that industry really expanded, with a further 22 factories opening in the four years after 1947. This development can be attributed to the influx of people from the newly formed Pakistan and the relocation of businesses from what was now the Pakistani province of Punjab.[19] John Oakey and Mohan Ltd., one of India’s largest concerns manufacturing coated and bonded abrasives, and originally functioning under the name of ‘National Abrasives’ at Rawalpindi was shifted here under the proprietorship of ‘Dyer Meakins’ in 1947.[20] Subsequently, the Mohan Meakin breweries were also set up in the year 1949.[21] This period also saw the development of Ghaziabad as one of India’s most famous centres of the Oil Engines industry.[22]

In 1967, the municipal limits were extended up to the Delhi-UP border. Starting in the early 1970s, many steel-manufacturing units also came up in the city making it one of the primary industries of the city. This period also saw the emergence of the Electronics industry, with the setting up of Bharat Electronics Limited and Central Electronics Limited[23] Over the years, planned Industrial development saw participation from major industrial houses of the country including Mohans (Mohan Nagar Industrial Estate, 1949), Tatas (Tata Oil Mills), Modis (Modinagar, 1933; International Tobacco Co. 1967), Shri Rams (Shri Ram Pistons, 1964), Jaipurias etc. and also significant participation through foreign capital in concerns such as Danfoss India Ltd. (estd. 1968); Indo- Bulgar Food Ltd. and International Tobacco Company (estd. 1967).

Ghaziabad district (pronounced [ɣaːziːaːˈbaːd̪ ˈzɪla]) is a largely suburban district of Uttar Pradesh state in northern India. It is also a core part of the National Capital Region. The city of Ghaziabad is the administrative headquarters of the district. This district is part of Meerut Division. It has become a major bedroom community for Delhi.

Before 1976, the area of Ghaziabad district was categorized as Ghaziabad Tehsil of Meerut district. On 14 November 1976, then Chief Minister of Uttar Pradesh N.D. Tiwari declared it as a separate district with an area of 2550 sq km.[1]

The district was further reduced in size to 1933 sq km on 6 September 1997 when the Government of Uttar Pradesh carved out the blocks of Dadri and Bisrakh to create Gautam Buddh Nagar district.[2]

In September 2011, the Hapur tehsil was split off (from Ghaziabad district) to form Hapur District by then Chief Minister Mayawati, finally reducing the size of Ghaziabad district to 1273 sq km and the revised population is 33,23,241.

The provisional data derived from the 2011 census shows that Ghaziabad urban agglomeration had a population of 2,358,525, of which males were 1,256,783 and females were 1,101,742. The literacy rate was 93.81%.[25] Ghaziabad is a subcategory B1 district of category B i.e. having socioeconomic parameters below the national average.[26] It is the second largest industrial city in Uttar Pradesh after Kanpur.

Hinduism is the most popular religion in Ghaziabad with 72.93% followers, followed by 25.35% Muslim followers, 0.41% Christian followers, and 0.49% Sikh followers who make up the smallest percentage of followers in the city. There are around 0.07 Buddhists, 0.35% Jain followers who are minorities. There are many religious sites in Ghaziabad such as the ISKCON Temple for Hindus, Jama Masjid for Muslims, Holy Trinity Church for Christians, and Shri Guru Singh Sabha Gurudwara for Sikhs.

The Ghaziabad GZB Railway Station is located in the Ghaziabad district and lies at an elevation of 217 meters. The railway station is situated in Daulatpura area in Ghaziabad. The railway station serves as a halting spot to more than 100 long-haul trains, including both passenger and superfast trains. Ghaziabad Railway Station has several facilities like computerized reservation office, waiting rooms, toilets, 24-hour running water coolers, restaurants, book stalls, refreshment shops, and telephone booths.
Trains Departing from Ghaziabad To Other Stations

The UPSRTC (Uttar Pradesh State Road Transport Corporation) was originally founded in the year 1947 and started its operations in the Lucknow to Barabanki route on 15th May 1947. The head office of the Uttar Pradesh State Road Transport Corporation, also called UP Roadways, is situated in Lucknow. UPSRTC is one of the biggest bus services providers in North India in terms of its geographical coverage and number of buses.

Located near the bus stop, Turab Nagar Market is your place to be if you are looking for traditional attire, jewelry, and casual footwear. The market is filled with shops on both sides and is usually frequented by locals as well as foreigners. Marvel the work of the local artisans and craftsmen. You can also find artwork depicting mythological characters and historical events. Traditional sarees, lehengas, and casual footwear are some of the most sought-after items presented in Turab Nagar Market. It provides a platform for the local artisans and craftsmen to showcase their work. So, what are you waiting for? Walk into the Turab Nagar Market and take home these traditional items, antiques, and souvenirs.

Shipra Mall is a happening retail centre in the Indirapuram junction of the city. Housing numerous luxury brand stores, the mall also cites an award-winning multiplex called the JAM multiplex, a food court and an array of entertainment option both for children and adults. Besides excellent clothing stores, Shipra mall also cites footwear brands, supermarkets, watches, sports and furniture stores.

Wave Kaushmbi is a chain of premium movie theatres. Their movie auditoriums provide unparalleled entertainment experience with state-of-the-art Digital Sound, Audio & Projection Systems. It is a comfortable and luxurious place for watching a movie with good picture and sound quality. The theatre is courteous and prompt at providing any assistance. It has special arrangements for group visits. Bulk bookings & gift card facilities are also available.

Yashoda Super Specialty Hospital is a tertiary care hospital with focus on providing world class and holistic healthcare services with excellence in multi specialties to treat patients with respect, compassion, dignity and ensuring their safety by complying with all legal requirements & significant environmental aspects to maintain adherence with NABH standards through continuous quality improvement.